Sports Mogul Ted Leonsis: ‘Let’s Do In Ward 8 What We Ended Up Doing In Downtown D.C.’

When Monumental Sports CEO Ted Leonsis attended Georgetown in the 1970s, the university cautioned its students not to explore D.C.’s Chinatown area, a then-struggling neighborhood that the arena and sports teams he owns have since helped revive. 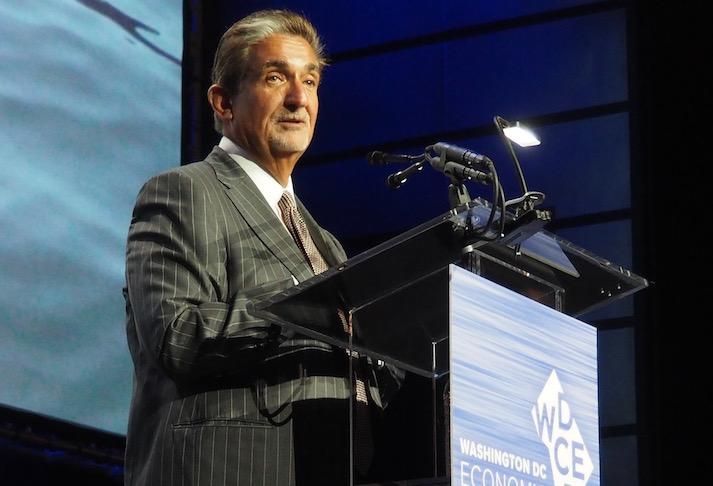 Monumental Sports CEO Ted Leonsis, the owner of the Capitals, Wizards and Mystics

“We were told ‘enjoy Georgetown, go to the monuments, but whatever you do, do not go past Eighth Street,” Leonsis said. “That’s where the drug dealing was. That’s where the prostitution was.”

The area has transformed over the last two decades into a bustling commercial hub in large part due to the arena, last year renamed the Capital One Arena, where the Washington Capitals and Wizards play. Leonsis bought the teams from Abe Pollin after the arena was completed in 1997, but he is now looking to lead a similar revitalization effort in another historically low-income area in D.C.: Congress Heights.

Monumental and its partners in September opened the 4,200-seat Entertainment and Sports Arena on the St. Elizabeths East campus in southeast D.C. where the WNBA’s Mystics play their home games, the Wizards practice and other events are held. It is also home to the Capital City Go-Go, the new G-League affiliate of the Wizards that began playing last month. Leonsis, speaking at the Washington D.C. Economic Partnership’s Annual Meeting Luncheon, said he looked at sites around the region before ultimately deciding to build the facility in southeast D.C. 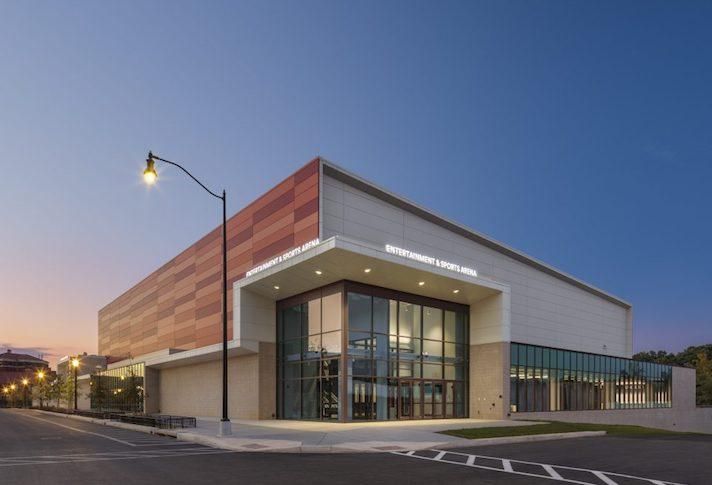 The Entertainment and Sports Arena on the St. Elizabeths East campus

“When we were faced with the opportunity to build a practice facility and a new arena, we talked to people in Maryland, we talked to the people in Virginia and we talked to our mayor and Events DC,” Leonsis said. “It was, ‘Let’s do this together and let’s do in Ward 8 what we ended up doing in Downtown D.C.'”

The 180-acre St. Elizabeths East campus is planned for a mixed-use development, led by Redbrick LMD, with 1.8M SF of office, 1,300 residential units, 206K SF of retail, at least two hotels and a new hospital. Leonsis said he hopes other investors will buy into the area and it will become a new destination, but he understands it will take time, just as Chinatown did.

“It took 10 years for the Capital One Arena for us to really get excitement and get lots of attendance,” Leonsis said. “The main issue was ‘I’ve never been down there and I feel it’s unsafe.’ Today it’s the most crowded, most pedestrian and hottest community in the city.”

He said he sees east-of-the-river neighborhoods like Congress Heights and Anacostia moving in that direction, but wants to make sure it does not displace the community that calls the area home.

“We want to do that the same way out at St. E’s, but do it in a way that we’re very cognizant of who our natives are,” Leonsis said. “Ward 8 doesn’t need a handout, it needs a bear hug and collaboration and to listen to it and help make sure we can uplift that community in a collaborative way.” 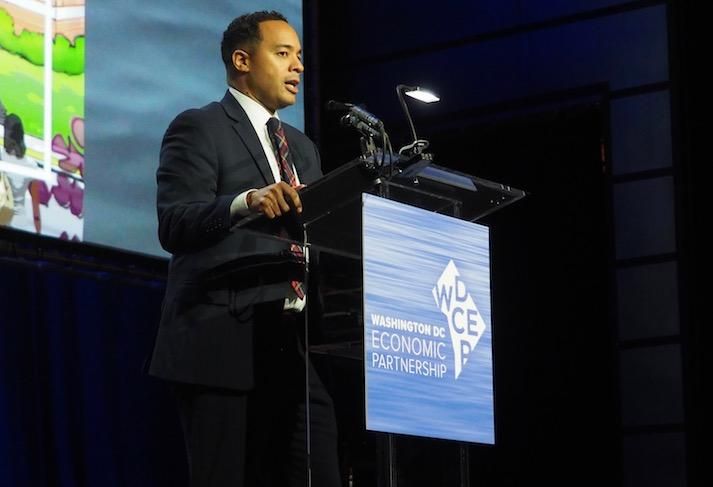 Construction began last week on the first residential portion of the St. Elizabeths project, a 252-unit apartment community with 202 affordable housing units. Deputy Mayor for Planning and Economic Development Brian Kenner, also speaking at the WDCEP luncheon, said the affordable housing the project will provide will be important for the neighborhood.

“One of our large areas of focus is the St. Elizabeths project located in Congress Heights,” Kenner said. “It represents an opportunity for the District to use vacant and underutilized land to provide important benefits for our residents … We’re very happy to be able to inject what we think is new life and new opportunities into the St. Elizabeths campus.”