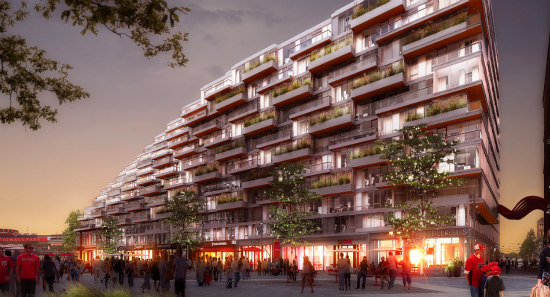 A rendering of West Half, a new residential project from JBG Smith.

Today, the Washington DC Economic Partnership held its annual meeting, and in conjunction with the meeting, it released its 2018 development report.

Here are some of the most interesting numbers related to development across DC this year: